Recapping what has been a busy year, one filled with the usual mix of things … some interesting guest lecture-type gigs, a few conferences, a set of ‘lecture tours’ at the World Press Photo exhibition in town, a new research project last Spring bringing together interviews and participant research … here’s the recap of 2018 in terms of research publications and output.

Overall and going forward, I keep trying to explore the things that intrigue me about digital journalism and, in particular, examining what is happening on the edges of the journalistic field. This is something that continues to fascinate me, makes the work interesting, and which continues to present interesting challenges. In the year ahead, I hope to grapple with a few of these particular challenges more thoroughly (I am particularly interested in considering what gaps I’m stepping over, and where ideas I’ve started to explore – or notions I’ve introduced – could be developed more fully, and to start revisiting some of the incremental conclusions I’ve posited in the past few years).

On my way towards doing so, here’s what I’ve been up to…

END_OF_DOCUMENT_TOKEN_TO_BE_REPLACED

Below is a brief reaction to this, which happens to have happened to a friend and former colleague of mine who was secretly filmed by James O’Keefe’s ‘Project Veritas’, a conservative activist site which acts through loathsome hits on those they disagree with by manipulating bits of secreted video and audio to serve specific political ends. This is the first in what I hope are semi-regular reactions to news events where I gather my thoughts on things.

First, some back story. Dan Lamothe and I have known each other a long time – not quite 17 years, I’d reckon. We’ve sat on both sides of editorial decision-making hierarchies long ago while at the Massachusetts Daily Collegian when we were students at UMass, and we did not always agree with each other’s decisions (but here’s the thing, we didn’t have to – you can respect decisions you wouldn’t have made, and even at times political choices you wouldn’t have made) and we both worked our way through what it is to be a journalist, and what journalism may be, and what challenges confront journalism. When we were but young ambitious types, Dan and I at different moments were responsible for the editorial ‘voice’ of our University’s newspaper, and not to spoil anything about how the world works, but there too we often didn’t agree, and there too didn’t have to – I suspect if we dug back through our clip files we’d even disagree with ourselves; welcome to the human condition. When I was managing editor, Dan ably ran a news desk where he could focus on gathering, verifying, and sharing fact-based information with our public in their interest, and that allowed me to make the call on editorial voice, and how to maintain the news/opinion distinction in the paper overall. Later, Dan was Managing Editor and I ran the photo desk. And so, we reversed those roles. Our and our colleagues’ public was, most of the time, the tens of thousands of university students, and the surrounding towns in the Pioneer Valley who also had access to our paper (then, printed daily and also published online). Sometimes, our public became huge – particularly when an opinion piece caught attention online, or when we had to report on a story or topic prone to moral outrage – and we found ourselves in front of cameras or reporters describing and defending and defining what we do.  We dealt with our share of controversies then, though I suspect never would have anticipated what we’ve seen in the years since as far as journalism and its controversies.

In the roughly 13 years since Dan and I left UMass, our paths have diverged and converged at different moments. We both covered the eastern bit of Western Massachusetts around the same time, we both spent reporting time in DC – though at different times and covering different beats – and while he continues to perform journalistic roles ably, I have gone on to a career studying journalism. Where we might converge at this moment is that many are invited to judge how well we do what we do, which, of course, only intensifies when that can be bounced around the internet.

This is a way to suggest that I don’t think this current moment is new to the patterns of news and journalism and information which can be shared, examined, critiqued, and sometimes attacked, online or off-, nor are they new to Dan or many in the journalistic field. They are, however, increasingly a reality of our media spaces, and for that we need to unpack their complexities.

END_OF_DOCUMENT_TOKEN_TO_BE_REPLACED 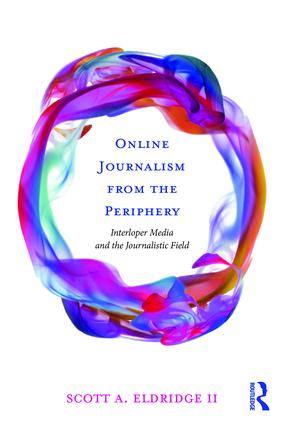 END_OF_DOCUMENT_TOKEN_TO_BE_REPLACED

I’ve spent the past five years (give or take) trying to make sense of the ways journalists construct identity in news texts. This has included exploring reactions to WikiLeaks (my doctoral work [PDF]) as well as other research including with colleagues at Sheffield and  at the University of Groningen that has looked at how journalists […]

There’s a new article in Journalism Studies titled “Normative Expectations“. My colleague John Steel and I wrote this to document our findings from the first phase of an ongoing research project looking at normativity and local journalism. For this project, we worked with members of two community groups in Sheffield. Our starting point was an […]

A second piece for The Conversation on an attempt by Reddit to create a more gate-kept, edited news site called ‘Upvoted’. (Published here in full under the Creative Commons license it was originally published under). Reddit’s move toward respectability means leaving behind some of what made it great The “front page of the internet”, Reddit, […]